Carmen Flórez Mansi, a native of New Mexico, served as the Director of the Office of Worship at the Cathedral Basilica of St. Francis of Assisi since 2001. Ms. Flórez -Mansi performed as a vocal artist, choral conductor, vocal instructor and liturgy specialist in the Philadelphia, Pennsylvania area as well as throughout the Southwest since 1989. Under her direction, the Cathedral Basilica Pontifical Chorus performed Handel’s Messiah at Carnegie Hall in 2007 with John Rutter.  In 2007, she released a recording of sacred psalms titled “Salmos de Mi Alma”.

From 2008 -2010, Ms. Florez Mansi led the Cathedral Basilica in an 18 month liturgical and musical celebration of the 400 Years of Faith in New Mexico Quarto Centennial events including the Royal Visit of the Royal Family of Spain, Quatro Centennial Concert featuring the Cathedral Basilica Pontifical Chorus performing the Rutter’s “Magnificat” and Christmas 2010, the Vivaldi ‘s  “Gloria”.  She has also hosted and served as choral conductor and Liturgist for events at the Cathedral Basilica such as Vesper Service for the Papal Nuncio and 285 members of U.S. Conference of Catholic Bishops during this Jubilee year.

She has also served on the Archdiocesan Liturgical Commission and as a clinician and workshop presenter in liturgical ministry and theology throughout the dioceses of the Southwest.  Ms. Flórez Mansi founded the St Cecelia Institute for Liturgical Arts for children and her private vocal studio, Mariposa in 2010, as well as performing with the Santa Fe Desert Chorale and as soloist with the Santa Fe Symphony and Chorus. She and her family moved Napa, CA in 2012 to serve as the Director of Liturgy and Music for St. John the Baptist Catholic Church and School. She also served as Director of Development and Donor Relations for San Francisco based, early music group, American Bach Soloists.

She directs the Choral Arts Society at St. Michael’s High School and serves as the Pastoral Associate for Music at the Cathedral Basilica of St. Francis of Assisi. She and her husband Tom, have two sons, Thomasluke and Estevan.

11 The Music of Living--Bass Aud

10 The Music of Living--Bass demo

09 The Music of Living--Tenor Aud 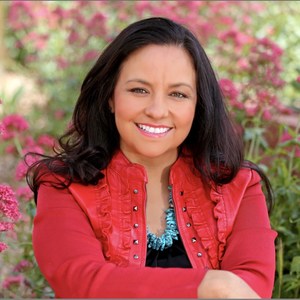