Head Coach Robin Martinez began playing golf in her 20's, which is late in life by today’s standards, as most parents are exposing their children to golf as young as 2 years of age. Robin and her Husband David, introduced and taught their children, Marcus (‘03), Jonelle(’06) and Miquela (Still attending SMHS), how to play golf around age 8. Their children also played in the Sun Country Junior Tour which was rewarding to see young children learn about the game of golf because it is a challenging sport to attempt to excel in, but more importantly, it is a game of honor. There are no referees to call infractions on a player; the player is responsible for calling infractions on themselves.

Learning this characteristic at a young age in sports allows for an individual to apply it in life. When time allowed, Martinez also played golf with friends and competitively in local amateur tournaments. She won the City of Santa Fe’s Women’s Golf Championship in 2004 and the Women’s Club Championship at the Santa Fe Country Club several times, including as recently in 2014 with an an all-time low score of 70 in the final round.

Martinez was hired as the head coach for the Girl’s Golf Team in 2002. The girl’s team won the District Title in years 2002, 2004, 2005, 2006 and 2007. They also won the State Championships in 2004, 2005 and 2006. During those years, there were 5 girls on the Varsity Team and 5 on the JV Team. It was rewarding to coach the girls because it allowed her to teach a great sport, be a positive role model and watch them grow to be competitive and poised student-athletes. She then resigned in 2007 due to commitments with work outside of coaching and she wanted to watch her daughter, Jonelle, play golf at the collegiate level at The University of Wyoming.  The opportunity again presented itself, and in 2014 and Robin was rehired as the girls golf coach. She is looking forward to building a successful girl’s golf program at St. Michael’s High School in the years to come. 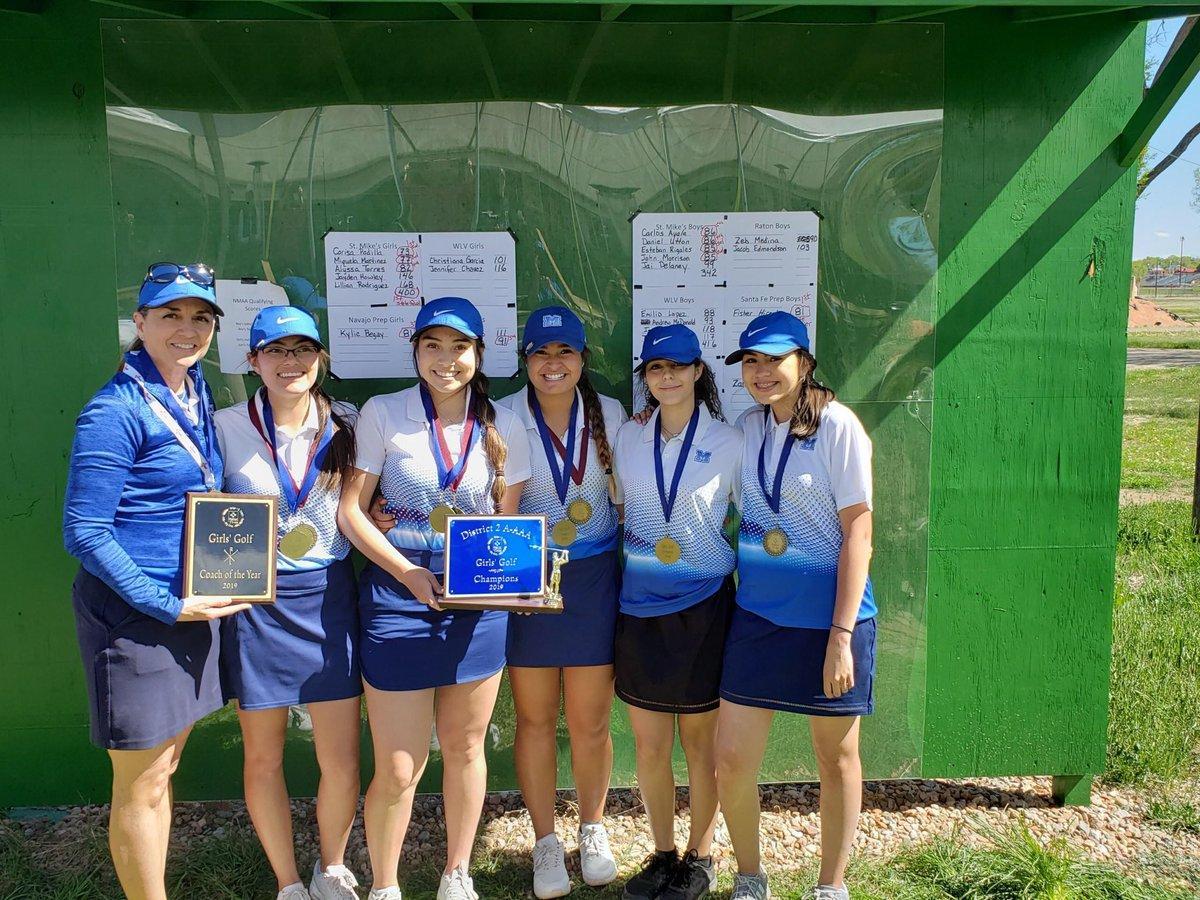