PJ is an alumna of Washington University in St. Louis. She attended the University of Colorado as a doctoral student in Comparative Literature, specializing in Medieval Latin literature. She has taught off and on since 1966–English, history, Latin, and French. Before coming to St. Mike’s, she was the director of Religious Education at Santa Fe’s Cathedral Basilica. She’s also been a librarian, a researcher, a copy editor, a printmaker, a paralegal, a secretary, a temp, a cat sitter, a wife, and a mother.

If teaching is her vocation, writing is her avocation. As “PJ Grady,” she is the author of the Matty Madrid mystery series. Maximum Insecurity, the first novel in the series, was nominated for an award by the Private Eye Writers of America.

A writer, a teacher, a reader–her passion is the written word. She and her husband, John, have over 3,500 books in their home library, from The Father Brown Omnibus to Finnegan’s Wake. She’s studied thirteen foreign languages, including Sanskrit and Yiddish. Currently, she is learning to read Biblical Hebrew, the language of creation, according to the Maggid of Mezritch, a disciple of the Baal Shem Tov.

PJ is the moderator of the campus Societé Honoraire de Français. In 2013, at the conclusion of her fourth year at St. Mike’s, she was the recipient of the Brother Botulph Award for dedication and service to the school. 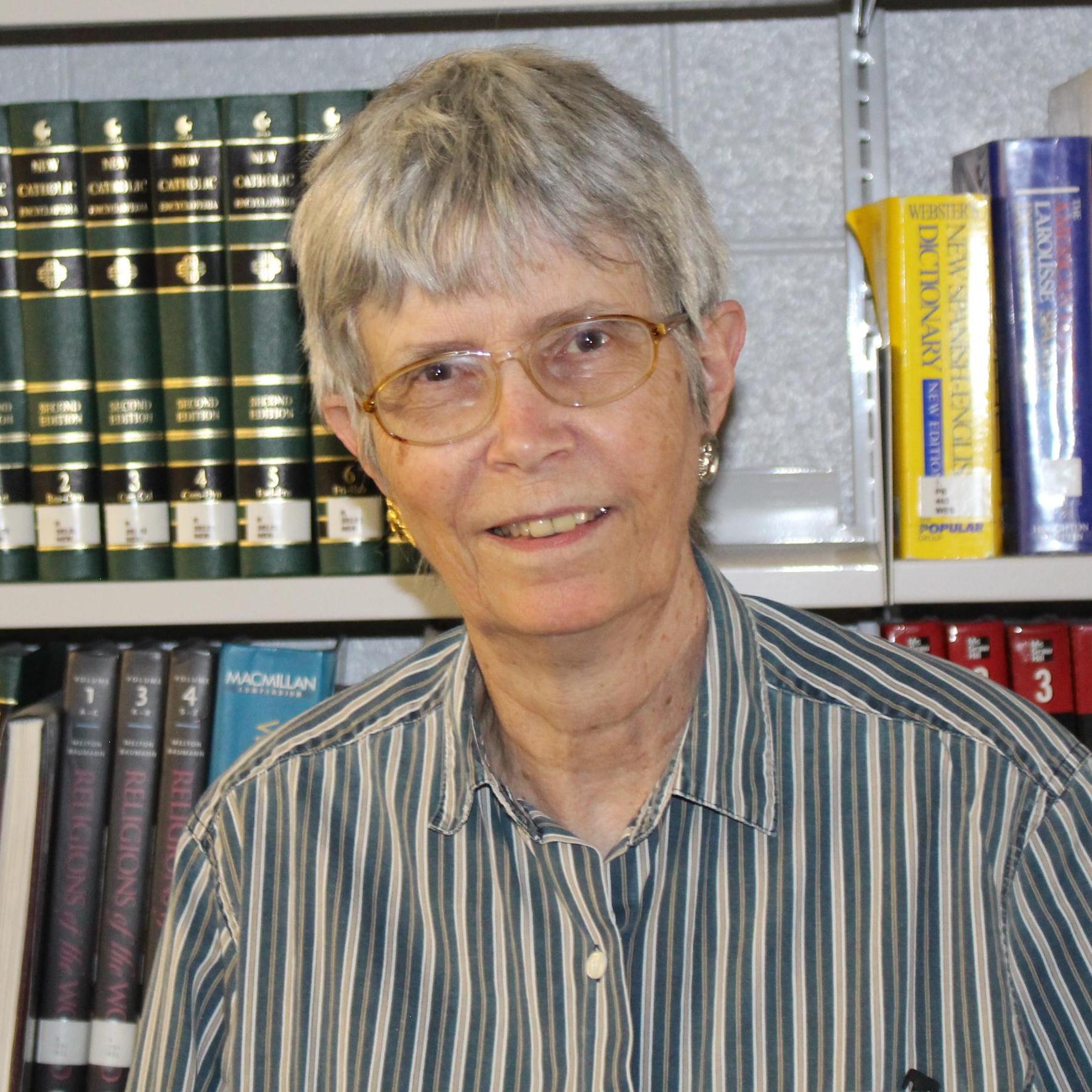